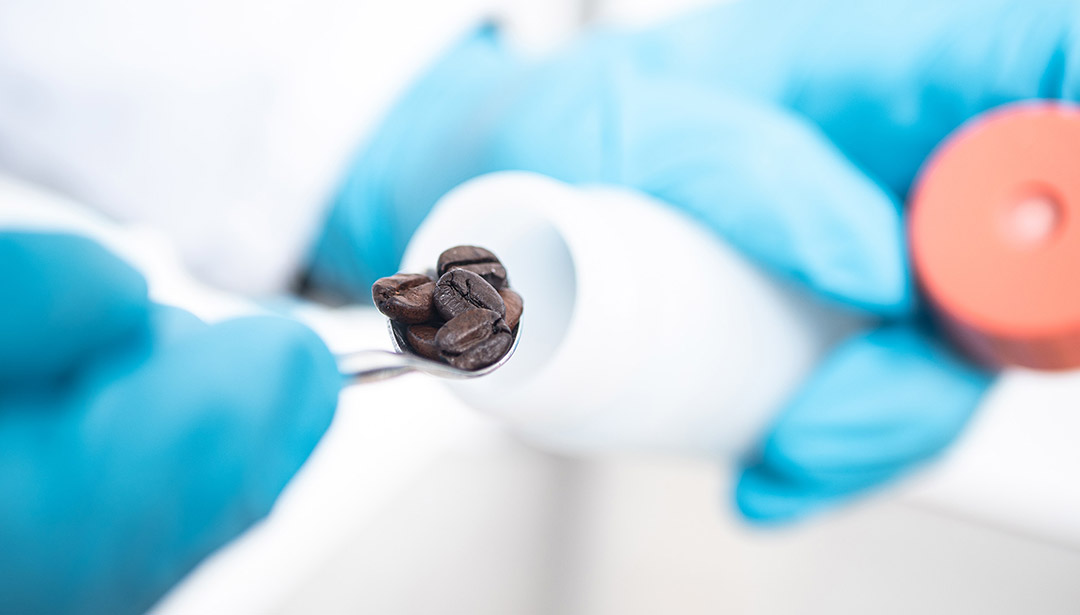 QuEChERS (Quick-Easy-Cheap-Effective-Rugged-Safe) or “catchers” is an extraction method used in the analysis of pesticide residue in agricultural samples such as fruits, vegetables, grain and more. Since 2003 it has developed to the most applied sample preparation method for pesticide analysis in the world. The protocols are officially accepted by the European Norm (EN 15662.2008) and the Association of Analytical Communities (AOAC 2007.01). The workflow includes an extraction- and a subsequent clean-up procedure while the ladder can be done either by dispersive Solid Phase extraction (dSPE) or by using SPE Cardridges.

As an extraction solvent, Acetonitrile has been found to have the best properties for extracting the widest range of pesticides with the least number of co-extractables.

There is a variety of extraction- and clean-up reagents available for optimization. The goal is to extract as much analyte from the matrix as possible while reducing interferences. Depending on the analytes and the matrix, different extraction salts are used. The used reagents are also the largest difference between the EN and the AOAC method.

Automation of the QuEChERS Workflow

The accroma system is a modular and flexible sample preparation solution suitable for the automation of QuEChERS processes of various sample types. It uses 120 ml disposable tubes, in which the samples are treated, and extraction-/clean-up reagents are placed. The tubes remain closed during the entire sample preparation process while the needle of the liquid modules pierces through the septum for liquid introduction or transfer. The robotic handler moves the tubes between the different modules such as the analytical balance, shaker, liquid module, and the centrifuge. The system is able to process tubes in parallel and can hold up to two shakers, which results in an increased throughput 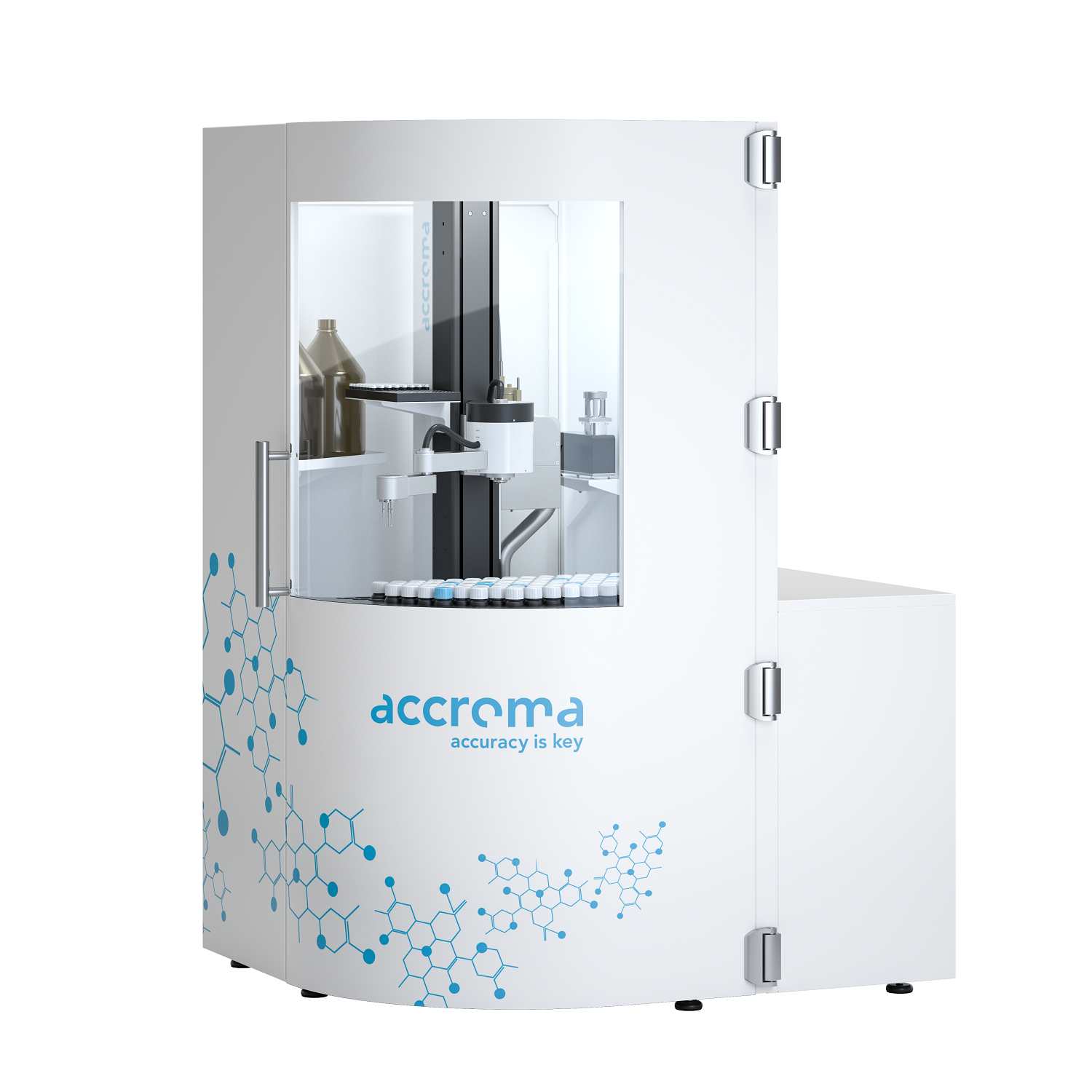 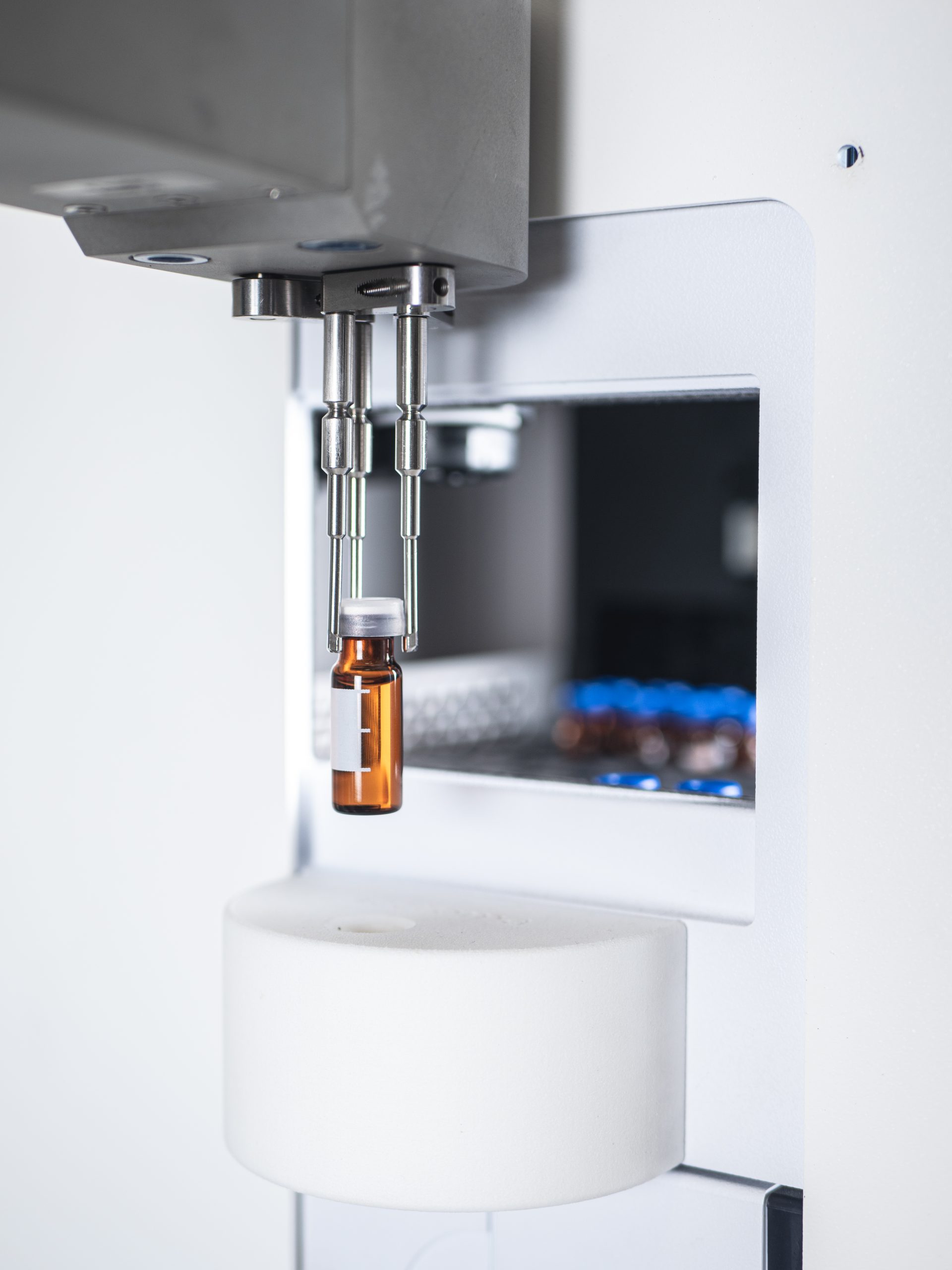 The accroma system includes a rack for up to 120 tubes. Depending on the workflow, two or three tubes are required per sample. Therefore, 40-60 samples can be prepared with one GO while each sample could follow a different workflow. The system prepares the samples unattended and could transfer the prepared snap ring vial directly into the analyzers autosampler for online analysis. The vial including the sample solution remains available in case reanalysis is necessary 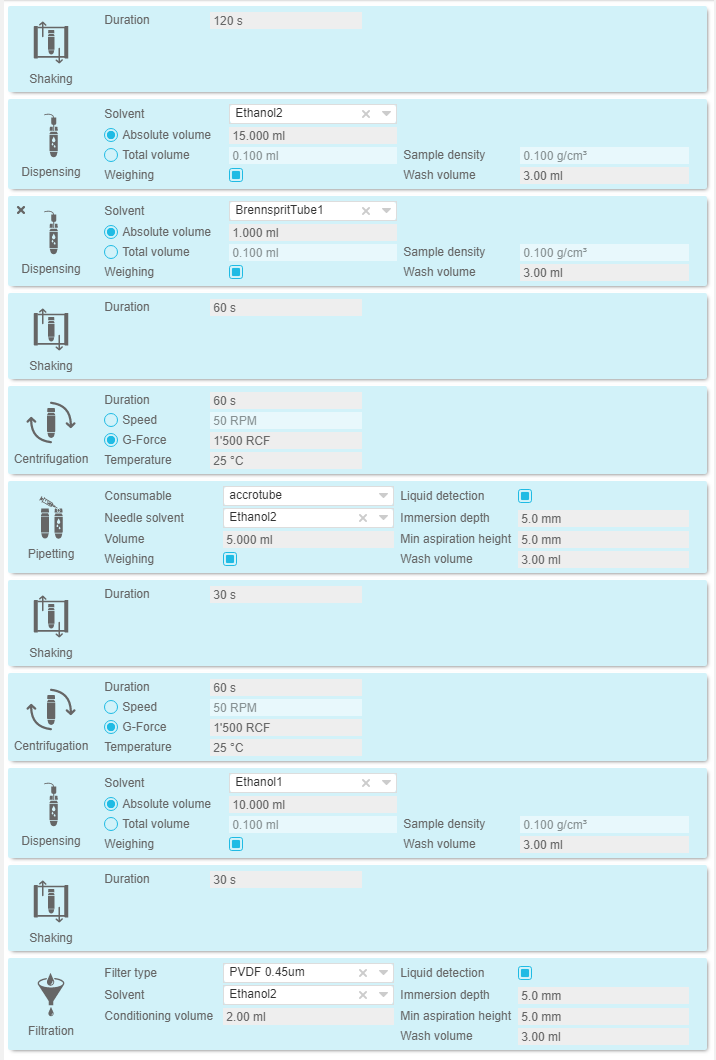 Make sure you are the first person within your organization, which drives this initiative. Are you ready to improve accuracy while saving tremendous costs?